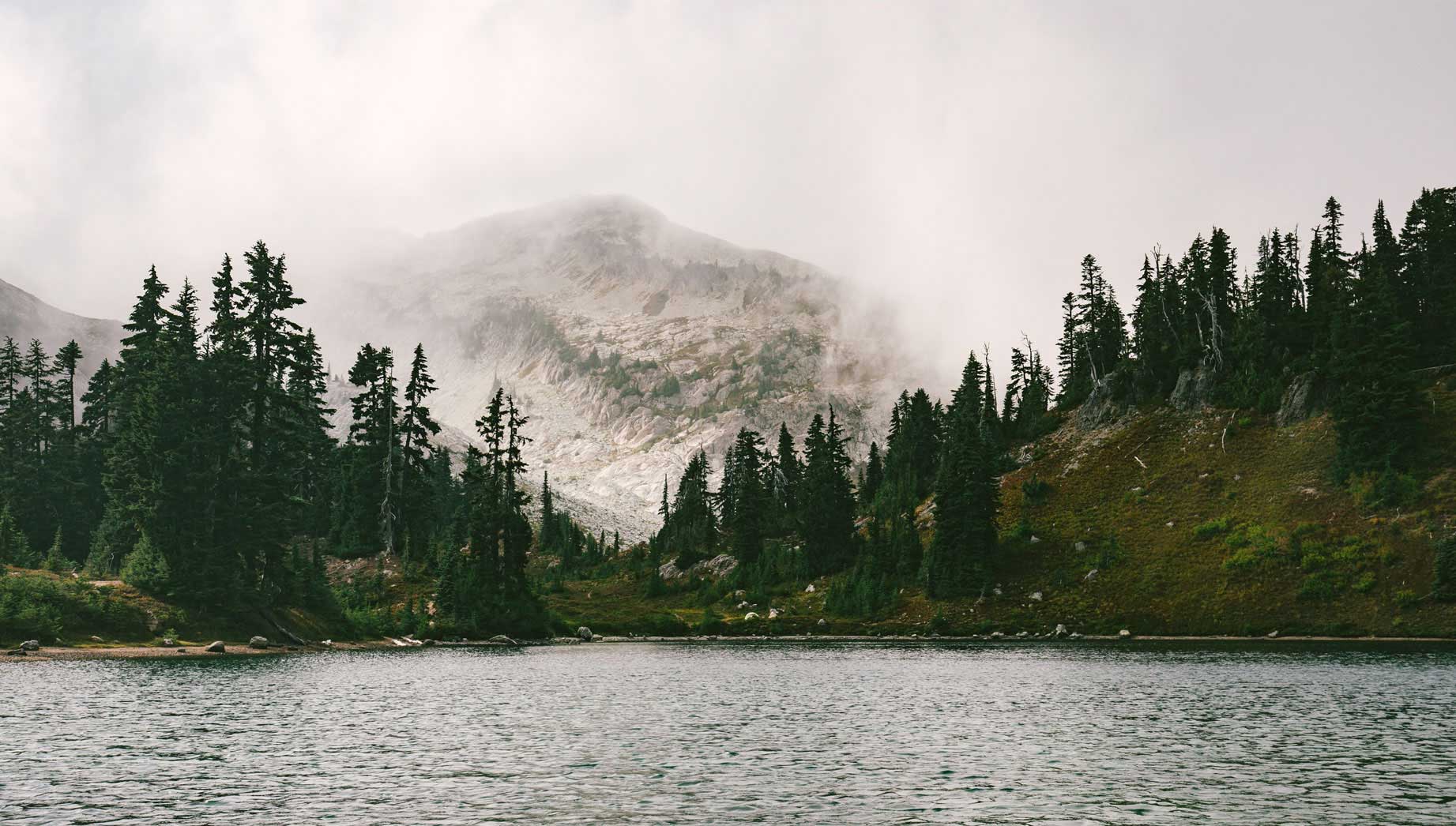 Kylemore Abbey weaves together a story with a connection

by Natalie 5 years ago 10 comments

How many places have you travelled that made a profound affect on your soul? I have been blessed to have visited a few and Kylemore Abbey remains one of them.  It sits beautifully among the  commanding hills of Connemara, Co. Galway, Ireland and surrounds itself with an inky lake that turns over colors in the light.  Framed by grasses of gold and every shade of olive and emerald green, it embodies peace and stillness. I like a good story along with a feeling of being connected to a place when I travel. Kylemore Abbey takes the two and weaves them together as a place that will long be remembered. 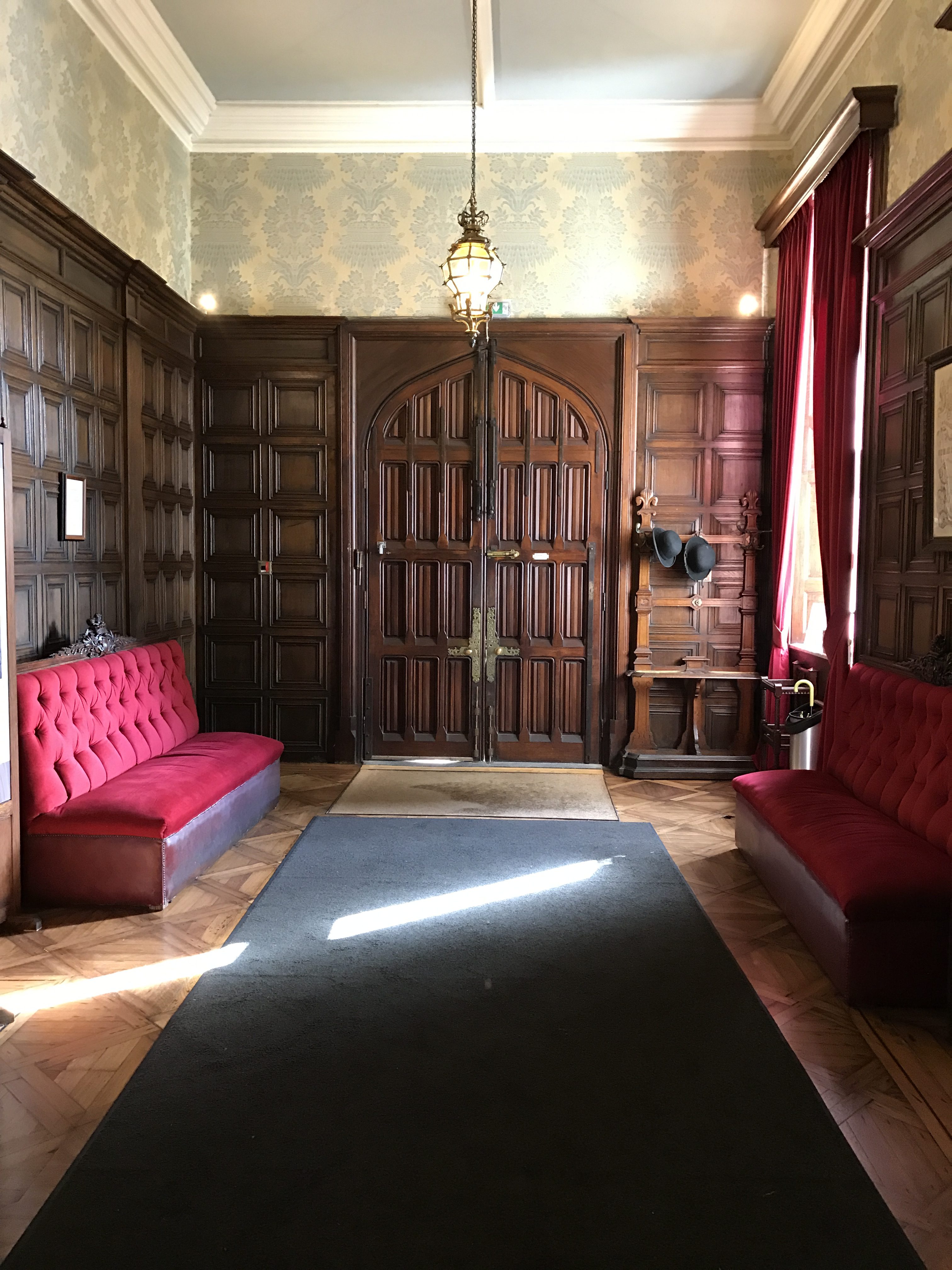 Inside the castle at Kylemore Abbey

The Kylemore Castle was built around 1867 by Mitchell Henry and  his wife Margaret Vaughan Henry. It was during their honeymoon that they fell in love with the area of Connemara. Connemara’s landscape is rugged, yet still.  It reminds you of the contrasts between many things in life. A sort of oneness with God while keeping its wild terrain.  I could relate to that as this place brought back memories of growing up and attending a parochial all-girl high school.  I was young with a bit of a wild child yet always walking alongside God.  Thankfully, those moments never define you, and if you are lucky enough like me, you can still keep a little bit of a wild heart. 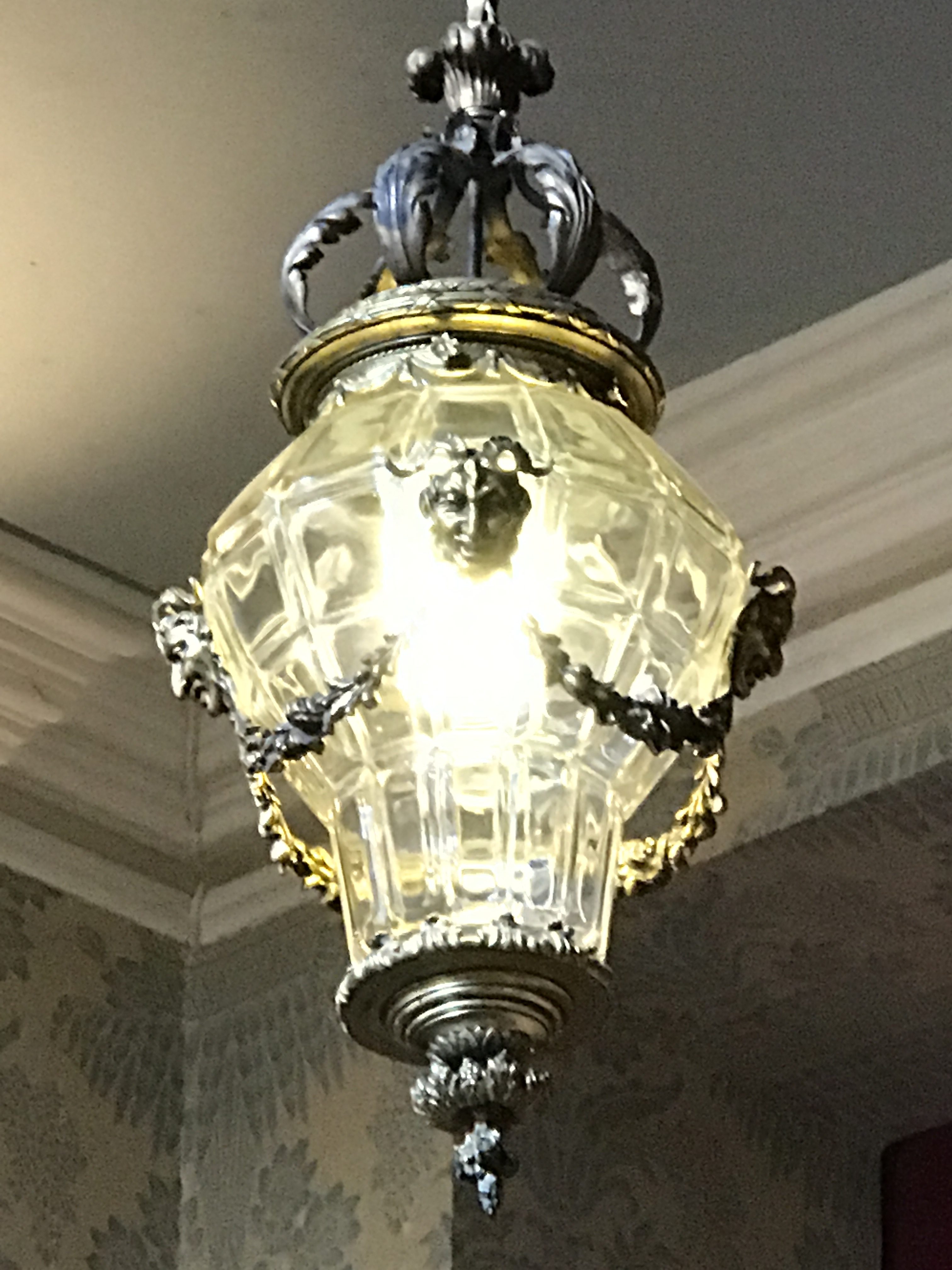 The Mitchells started a family, however, sadly Margaret died on a trip to Egypt from the Nile virus at the age of 45. Her body was brought back and remains to this day on site in a small mausoleum alongside her husband. Their story interested me in that I could feel that this was a home where two people were madly in love- a story that ended too soon.  However, their spirit remains within Kylemore and its grounds. The Mitchells along with their children were nature lovers which is apparent as you walk along the grounds and past the bogs.  They enjoyed making their house a home by adding Italian design elements which you can pick up everywhere. Their love of nature was  incorporated by using Connemara marble throughout the castle. One sure presence of a woman who was a proud wife and mother was Margaret’s family crest above the door.

I believe that after Margaret’s death, many called Kylemore their home.  However, the biggest change came about after the Duke and Duchess of Manchester purchased it.  The rumor was that many of the design themes along with the marble was removed; however, I was able to see that much of the stately elegance remained upon touring the castle. There were rumours of money problems as it pertained to  the later owners. Kylemore Abbey later became the home of the Benedictine nuns who came for safety during World War 1.  It has thus remained their home since 1920.  The nuns once ran a boarding school for girls along with a school for local children.  Some of the relics can be found inside the castle.  I walked into a room and spied a dress form donned in a traditional high school uniform.  It made me smile for a minute as I thought about my years in high school wearing something a little more modern yet similar in design.  I laughed for a minute thinking about how hot that uniform got when I had to serve detention weeding the courtyards. I am sure that the same sister who managed to catch me at some of my “finer” moments in school is now looking down smiling. She knows that I turned out ok.

I spent a good time inside the neo-Gothic church on the grounds which lay witness to Henry’s love as he had it built for his wife Margaret.  I thought that is was a good way to round out my visit that day.  I missed the choir rehearsal that day which holds memories for anyone who ever attended a parochial school.  Thank you Kylemore Abbey for bringing back those memories. 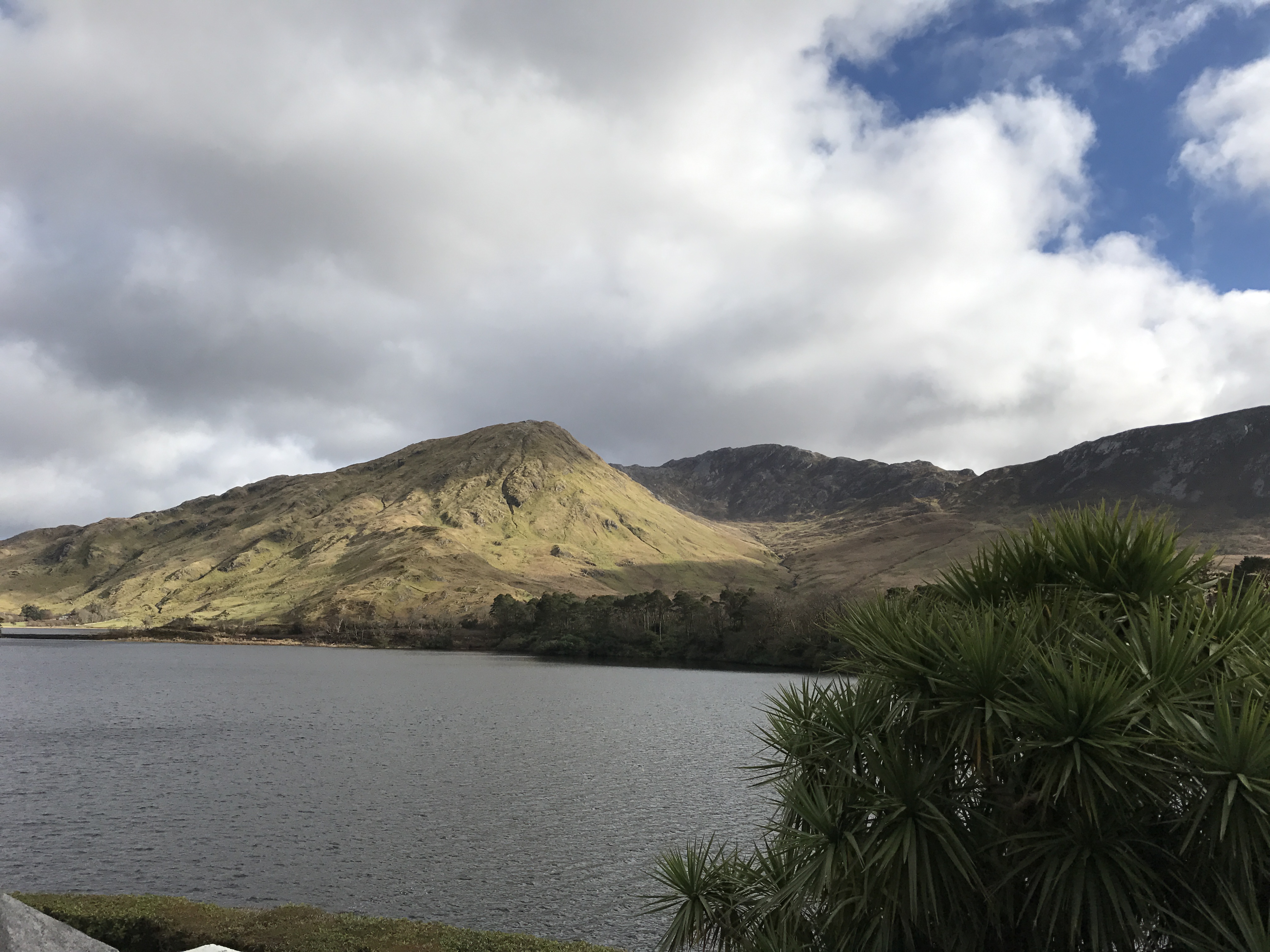 I had one of the best lunches in the café that is located on the grounds. Most of the food is prepared by using the sisters traditional recipes. It is fresh and local. You need to stop in the cute little shops housed in the same building as the café.  Here you may purchase local food, and scents crafted by the sisters.  Unfortunately I was not able to see the Victorian Walled Garden, however, I was able to catch a glimpse on my way out.

That day, I walked a little slower back to my car and paused a little longer as I tried to take in every last vision of a place that embodies so much history intertwined with rugged beauty.  A place that tells the tale of what we all want in life-to love and be loved. I have that in my husband of almost 30 years and a daughter with grace, beauty, and a sense of humor. These are the true blessings in this life. I was reminded of that as I strolled the grounds that day. Thank you Kylemore Abbey for the experience of history and my own remembrance of things past and present within the Wild Connemara countryside. 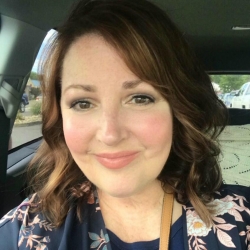 Natalie
My goal is to reach those travelers who want to hear about the soulful connections that are made along the way. Travel should always leave you in a better place, right? In addition to beautiful travel destinations, and stories, there are the everyday life experiences that shape our journey. You will find that here. Oh, and I cannot forget our beloved and member of the family, Howard the Corgi.

I'm Natalie, I blog about travel.

I left a long career of sales and marketing in order to pursue other interests. My goal is to reach those readers who are at a certain place in their life where life is not complete without the soulful connections that are made along the way. In addition to beautiful travel destinations, and stories, there are the everyday life experiences that shape our journey. You will find that here. Oh, and I cannot forget our beloved and member of the family, Howard the Corgi.

Just a little gnome in the snow wishing you a happ

This little town has made a few lists. It made the

“The color of Springtime is in the flowers. The

A winter walk along the historic Mexican War Stree

One day in April… A rainbow appeared across Con

Caught these images yesterday of my 7 month old Co

Happy Friday! You made it! ⭐️⭐️⭐️ You